Time for Snippet #07 This is the last one before publication! 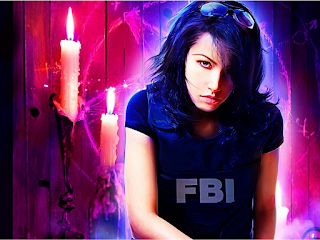 
Thump, thump, thump. That was what it sounded like to me as three young soldiers hit the immovable object that was my shield. Twenty-five feet up I could see the agony of the young woman and her two companions. Fortunately for all of them the drop-master stopped the rest of their unit and stared in shock at the three writhing troops. The Osprey came lower and deployed it’s landing gear. It set down near the wounded and more men and women jumped out. Many of them stepped lightly as they tested the ‘ground’ for holes. I imagine for them it was as if the air was suddenly solid, which is was.

I sighed and pulled out my cell phone yet again. “Madeline?”

“Agatha are you OK? You sound… I’m not sure how you sound. What happened?”

“They tried landing troops in an air assault.”

I could almost see her wince through the phone. “Is anyone hurt?”

“Yup. The first one out the door hit the top of the shield hard. Two others followed her. There is an Osprey sitting up there right now picking them up.” I glanced upward and could see about a half dozen armed troops staring back at me. I gave them a small wave. One, actually waved back!

“I made a formal complaint to the Marine Corp and General Ney but only his secretary was available. I’ve put in a call to Washington but it’s Saturday night and it being the weekend…”

“Gotcha. I can get out and to the meeting but I might have a horde of Marines on my tail. Want me to still try in the morning?” I looked back up at the troops. Yup, still there.

“Can you tell me the case?” My mind was racing. I had so much to do to get ready. Herbs to dry and spells to prepare. Disappointing a Unicorn was in there somewhere. I just knew he wanted to stay and play for a while.

“I can. Local law enforcement found the dismembered body of a child in Western Arkansas. At first it was deemed a wild animal attack. But when the he was identified he was the youngest son of the local Alpha.”

Ouch. “Could he shift?” I knew from talking to Cat and the Wolf boys that shifters generally could shift from birth but could only control it around the age of ten. There were a few rare non-conforming cases but ten was the norm.

“He could. At first a rogue or enemy pack was considered but the Were on the police force says it didn’t smell of strangers. They are really puzzled by it all. The BAU doesn’t do Magical so it falls under your jurisdiction.”

“Thanks Madeline. I’ll pack accordingly. See you in the morning. Goodnight.” I hit end on my phone and looked up. The soldiers were still there, only now they were pacing about poking at my ward looking for holes. I pursed my lips. The sky above wasn’t warded like the sides. Trespassers wouldn’t stick like the one on the fence. Those gizmo’s of theirs might penetrate it.

“Whatcha looking at?” I jumped a bit and looked down. Fergus was standing at my feet.

“How did you get out, I closed the door?”

“No. They tried to jump through it and then landed up there.”

“Dumb. Don’t they realize that you and your Grandmother are a force to be reckoned with?”

Reaching down I picked him up and set him on the hood of the RV. “They have a new boss who is throwing his weight around. Hmm I wonder.”

“You just thought of something. Didn’t you?”

“I did. Thanks Fergus.” I gave him a little pat on the head with my fingertip.

The Norse God Loki was not one of my favorite Gods but he could be very useful. He would appreciate this prank so I included him in my prayer. I won’t turn away a little extra boost of power. Concentrating for a moment I released my spell with a silent word of power. Grandmother recently told me to stop saying the words out loud. Too many of our enemies could understand us.

Several panels of glowing letters popped into view among the soldiers. This sudden display of Magick both shocked and confused them. They needed orders and I could see them calling for help.

“Attention. The area above the Laboratory for the Magical Crimes Division of the FBI will soon become like the outside fence area. Anyone or anything still sitting on or touching the area in ten minutes will be stuck here and unable to escape. You have been warned.”

A countdown clock also appeared and began to count down from ten minutes.

I scooped up Fergus and went back inside the Lab. Weres only react to certain substances and much of what I would need for spells was not available in the Mid West United States or even much of Europe. Wolfsbane was on the endangered species list for this country. Acontite was available locally but it was a poor substitute. Only true Wolfsbane from Eastern Europe worked the best. The Blackmore Garden was one of the biggest suppliers of that and others.

I was head down working on my list when Fergus interrupted me. “Did you want to leave the Marines up there for a long time?”

Checking my phone I could see that more than an hour had already passed. “Are they still up there?”

Dropping my list on the desk I went outside and looked up.

Why did the military have to be so obstinate? All of the troops were still up there but now they were frozen like little statues. Letting out a big sigh I just knew I was going to catch hell over this. Waving my arms like a traffic cop I began gathering the Marine sickles up and stacking them in a pile near the aircraft.

“Can they feel that?” Looking down Fergus was back outside. I looked over at the Lab doors which were closed. How is he doing that?

“No! I’m sure a Government lab would love to take you apart to see what makes you tick. Talking Unicorn? Score!” I frowned at Fergus who shuddered for a moment. Government Labs were nothing to joke about.

Using my telekinesis I upended the plane and started tossing the troops inside. It was sort of like a monkey game I saw on TV as a child. Now for the really hard part.

The Osprey levitated off the shield wall and moved it past the fence-line. Trying to be careful I set it down by the trees on the left of my lab. With luck the Marines saw it coming and moved.

“That was so cool Agatha! It was just like that movie we watched last year.” Fergus was hopping up and down.

“What movie was that?”

“You remember. It was you and me and Cat. Chuck brought pizza and beer. I ended up getting sick in Cat’s shoes. Remember?”

I tilted my head. The vomiting thing sort of rang a bell. Trust Fergus to remember a dorm party where he was fed pizza. “Some science fiction film, right?”

“It was the second Star Battles movie! You were just like that little frog guy! All you needed was a gunny sack and stick and you would have looked just like him!”